Skip to main content
Rare films from legendary directors and new works from the freshest talents. All of our films come from groundbreaking voices in both documentary and narrative cinema to create entirely unique worlds. Powered by Hope Runs High films. 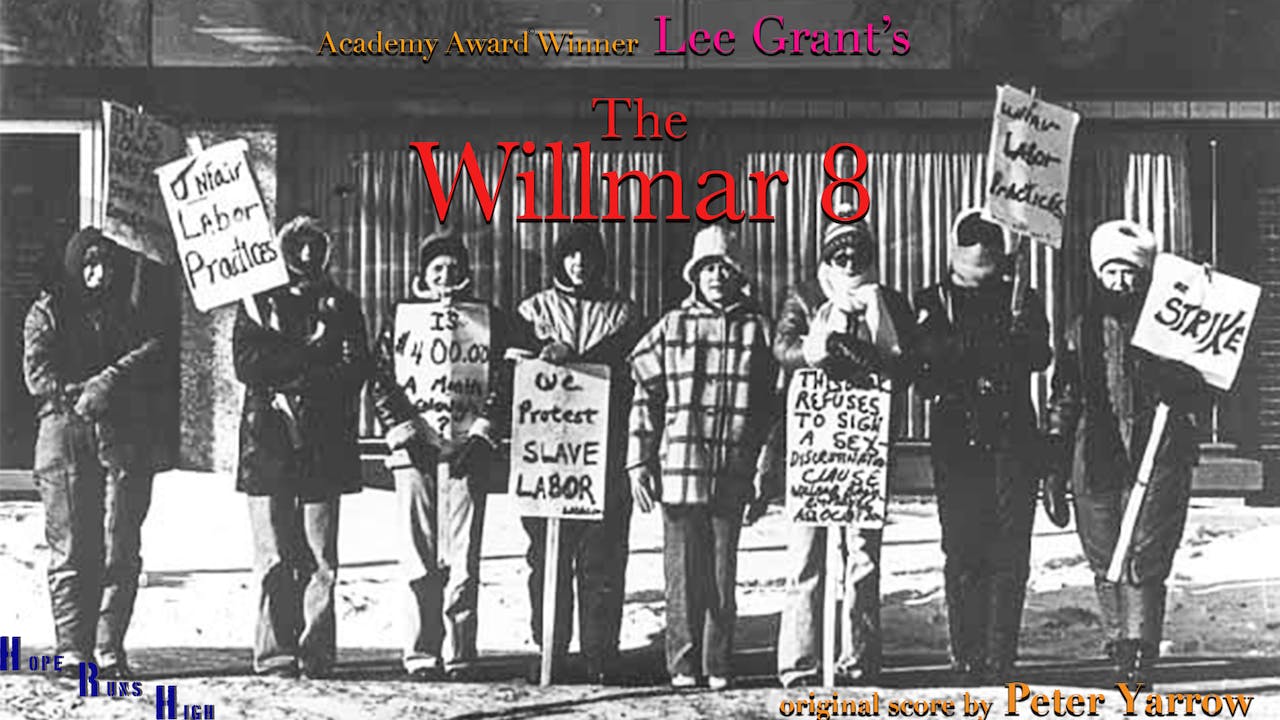 Lee Grant's feature length directorial debut follows eight women in America's heartland who are driven by gender discrimination to picket the bank where they work, in the dead of a Minnesota winter. Risking jobs, friends, family and their place in the community, the Willmar 8 began the longest bank strike in American history in a dramatic attempt to assert their own equality and self-worth. With a stirring original score by Peter, Paul, and Mary's Peter Yarrow, Grant's first film is a knockout as relevant now as it ever was.